Posted on September 2, 2014 by lexyleksono

Brothers & sisters…, not too far away from Tanjung Pandan city, West Belitung, there are many beautiful beaches we can visit. These are some of the scenery that I captured using my pocket camera. 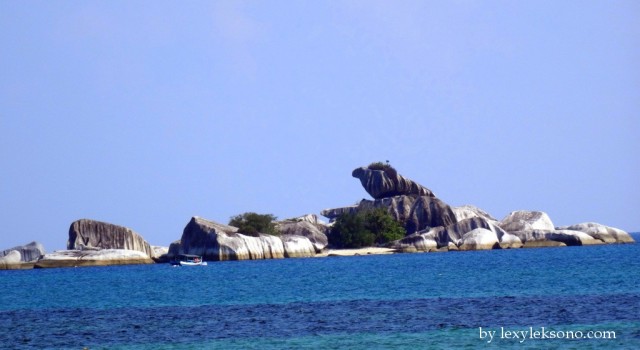 On the second day in Belitung island, I woke up at 5:30 a.m. looking outside my window I realized that the sun was about to rise. I stayed on the 9th floor and my room is facing to the East side. The sun rise could be seen clearly from my room. So I took my camera and captured several scenes of the sun rise. He is one of them

After having breakfast at the hotel restaurant, we prepared for riding to the East part of Belitung island.

Riders preparing themselves and their bikes for a long ride

As soos as everyone was ready, we moved on heading East. The roads along the way are excellent, I checked my Ninja’s speedometer every time and then, our speed were between 90 kph – 120 kph. This was really an enjoyable ride..!!

We arrived in less than two hours, stopped by the Police station before heading for lunch.

After lunch I tried a cup of coffee produced locally. I must say that this is the best local coffee I ever had. It is called Kopi Manggar (Manggar Coffee), Manggar is the name of the city.

This is how the coffee is prepared before being served

by best cup of coffee

After enough rest (lunch & coffee) we moved on visiting some other places before heading back to West Belitung. 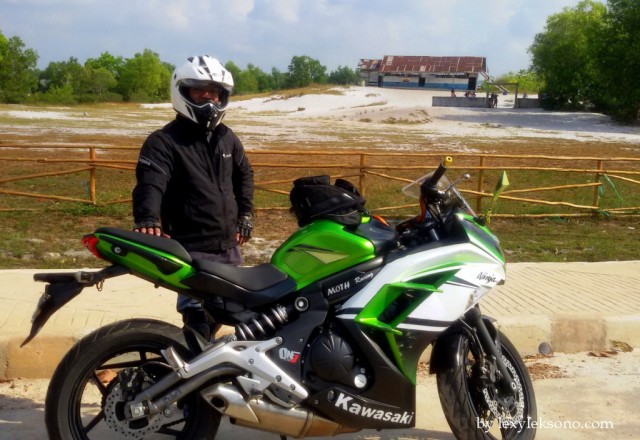 at “Dewi Kwan In” temple.

There are many other places we can visit and the local government is committed to improve tourism destinations also the infrastructures such as building more roads and even an international airport. Hopefully in a few years Belitung will be more popular and become one of the must visit island in Indonesia.

A man from the country side of Jember - East Java, married and has one daughter. Love to travel, and to explore new things. I love motorcycles and photography. By writing in this blog, I want to share my life journey with you all (i.e. traveling, photos, motorcycle touring, etc.). I really do hope every reader will enjoy this blog. Thanks guys for visiting my blog, I hope you like it. Any comment is always welcomed. God bless you all..! Best regards, Lexy Leksono Email : lexy.leksono@yahoo.co.id or lexyleksono@gmail.com Phone : 08129668128 or 087877408314
View all posts by lexyleksono →
This entry was posted in Motor Touring, Touring motor, Travelling, Tujuan Wisata and tagged Belitung, belitung timur, East Belitung, Kopi Manggar, Manggar. Bookmark the permalink.

7 Responses to Motorcycle touring : the beauty of Belitung island #2